招聘
grow
and realise
your potential 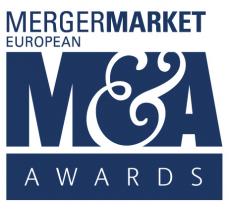 London, December 7, 2017 – The international law firm Gianni, Origoni, Grippo, Cappelli & Partners was designated as the winner of “Legal Advisor of the Year” for Italy at the 2017 European M&A Awards hosted by Mergermarket.

This award, considered to be one of the most prestigious on the European M&A scene, was received during the annual awards ceremony held in London which was attended by many of the leading financial and legal advisors.

This award confirms the firm’s leadership in the M&A market.This result was achieved due to the firm’s involvement in deals of important strategic value for the country’s economic asset as well as for mid-market transactions.

It is not the first time the firm has been successful at the Mergermarket European M&A Awards; it has been awarded this prestigious title in 2012 and 2015.

Click here to watch video of the award presentation!